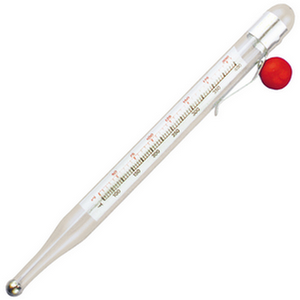 All I want for Christmas. Technically, it's all I want BEFORE Christmas. I can't get everything done without this little gadget.

It happens every year. Not to be confused with stuff that happens every day. Every single year it goes the same way. I am talking, of course, about the Christmas season.  We say each November that we’re not going to fall into the same trap of getting too busy to actually remember the meaning of the season. And every year, I look up on January 6 and find myself in the same spiritual post-partum depression that I fell into the year before, the birth of Christ having once again zipped by, leaving me exhausted and five pounds heavier. Not this year.

Two nights ago, we sat at the kitchen table eating our Thanksgiving dinner, and we talked about our favorite parts of Advent to prioritize our activities. The kids named marching in a parade with scouts and singing in the nativity pageant. And my favorite thing is to make peanut brittle to give as Christmas gifts. It made me happy. We can do all of these things without stressing out and making me nuts. A simple Advent sounds, well, heavenly.

Yesterday I began making a list of the stuff I need to make my peanut brittle, and I suddenly realized that a critical  component was missing. My candy thermometer broke a few months ago, so off we went to Target to buy a new one. I have issues with Target. You can always find the latest stuff for the season, but they hide the things that people actually need as though they are ashamed of it. For example, while I can find a lovely assortment of men’s cologne, I have yet to locate a bar of soap. Or tube of toothpaste. Do clean people not shop there? I digress.

I prowled around the cooking section, and I did find a large assortment of thermometers. Mostly meat probes, which sounds painful. But no candy thermometers. They did have one that was labelled deep fryer/candy. To be sure, it did have candy markings on the side. But it looked like a large aquarium thermometer, complete with a metal frame. I don’t care if it’s dishwasher safe, that doesn’t mean it will actually come clean. No, thank you.

Marshall’s was a no-go. As was Bed, Bath and Beyond. I left in despair, my whole soul crying out “Please, not Wal-Mart. Not Wal-mart,” like a first year at Hogwarts. My biggest fear is that if I received my Hogwarts letter at all, I would be sorted into Wal-mart. Again, I digress.

On the way to the dreaded big-box, we passed another possibility. I grabbed Squish, and we ran right into Kohl’s. Their kitchen stuff is organized a little differently. “Cleaning?” Three sections of that stuff. Target shoppers must not come here. “Drinking?” Yes, please. Turns out, though, they meant glasses. Disappointed, I moved on. “Creating?” Images of God flashed through my brain. But maybe they meant chopping and stuff, like creating a meal. Indeed, that was where I found the thermometers. Aquarium variety.

Long story short (too late), in my efforts to keep it simple, I have made unsuccessful visits to five stores. After checking around on-line, I discovered that I must descend  into hell if I want this gadget. That’s right, I have to make a trip to the busiest shopping center on the rich end of town. I must brave entitled drivers, aggressive shoppers, and snooty sales clerks who seem to know by looking that I don’t belong. So if you are on the receiving end of my peanut brittle, please understand how much I love you.

I’m glad I decided to keep it simple. No idea what would have happened if I had invited Complicated.

38 thoughts on “Keeping It Simple”