I like watching movies with my kids. Who wouldn’t? A cold, rainy afternoon simply begs to be spent under the covers watching a treasured classic. As I dust off the old favorites, I’m finding I get a lot of questions. And some of them are a little hard to answer. I am at a loss as to how I should explain the following:

The Road to El Dorado – This is an older DreamWorks production (2000AD) with stylized animation and a fabulous Hans Zimmer soundtrack. A star-studded cast, it’s well-acted and often funny. It’s rated PG. For human sacrifice. Thumbs up, DreamWorks.

Toy Story III – A continuation of the story of Buzz and Woody. Except this time, they’re abandoned by their beloved Andy and are eventually taken to an incinerator where the characters say goodbye to one another in  anticipation their fiery end. Sweet dreams, pumpkin.

Thomas the Tank Engine – The stories are charming. The creepy trains with fixed, frozen expressions who move only their eyes are not. It’s like Chucky on wheels. I have nightmares.

Horton Hears a Who – Adorable CGI adaptation of Dr. Seuss’s classic tale. That taught Squish the word “boob.’ Thank you for that. While I am fully aware that contextually, the word is used to mean “idiot,” his Sunday School teacher is not. Plus it made me cry. I’m not sure how to explain to Squish that I am tearful because the Whos are making a last, desperate attempt to let the world know of their presence before they are boiled in oil.

Finding Nemo/Bambi/ The Fox and the Hound/ Up/Cinderella – What does Disney have against mommies? Why are they killed off within the first ten minutes? The Red Shirts on Star Trek last  longer than Disney mothers. And I don’t know of any Red Shirt that was eaten by a barracuda. Disney writers, work out your mother-issues with a psychoanalyst, not a story line.

Disney’s Snow White – Grimm’s fairy tales were just that. Grim. But Disney animates it and adds adorable animals, wonderful music, a slapstick troupe of dwarves. And a huntsman assigned to cut out Snow White’s heart. If Disney can create friendly woodland creatures, why couldn’t they smooth over that tricky bit of plot? Maybe have the huntsman chase down Snow White and ground her from the Wii?

Lady and the Tramp – Precious tale of the unlikely friendship of two dogs from different sides of the track. And backyard breeding. Lady has Tramp’s puppies? Way to promote responsible pet ownership, Disney! Get the Lady spayed, and for heaven’s sake, neuter that Tramp. He might not be such a Tramp after the ole chop-chop. And what’s with the boy pups looking like dad, while the petite little girls look just like their moms? What is Disney trying to teach our children about genetics? Stop, already! 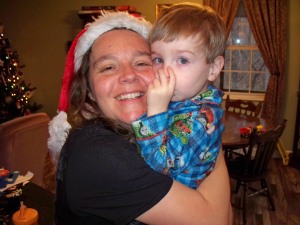 If this were a Disney film, I'd have about five minutes left to live.