Remember our little friend from Thursday’s post?  It looked as though a handful of other eggs had the potential to hatch. Based on egg condition alone, I guessed there would be a total of six. I guessed wrong.

The incubator has been busy. There are a few more turtles just waiting to hatch. Click to enlarge the photos.

The broken at the bottom is evidence of pipping.

I *really* hope this one hatches!

Looks like my guess was too high, doesn’t it? Wait. 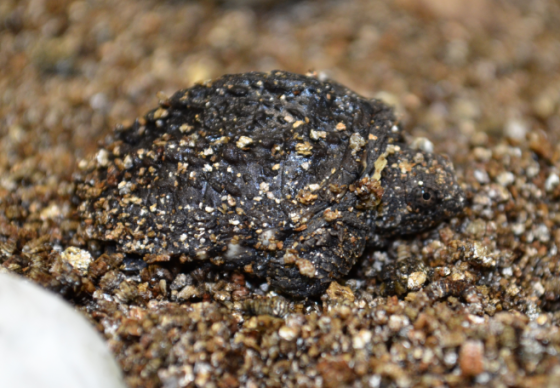 Note the domed shell. That’s from being squashed in the egg. The turtle is actually very soft and squishy right now. Give it a few days and it will be a lot flatter.

Overnight, three other turtles hatched, so we’ve got four that have completely emerged, and three others that are on their way. Plus any surprises that get thrown out there. If you only click on one to enlarge, click on the left. It is hard to appreciate the weirdness in a thumbnail.

This is an amazing sight. The plastron is completely folded over, and the yolk sac is still hanging out. After a few days, the yolk will be completely absorbed, and for a brief time the turtle will have a belly button.

The bulging yolk sac looks uncomfortable, but it hasn’t impeded any swimming.

And let’s not forget this guy. 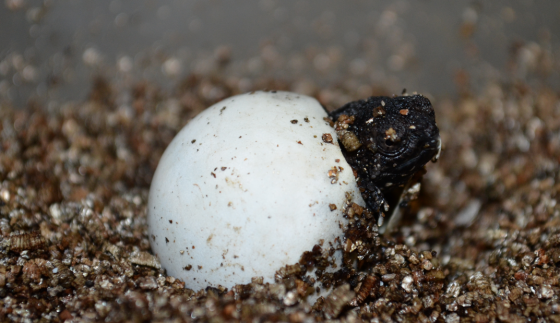 Not coming out. Sorry. I like it in here just fine!

Here’s an upclose and personal of his egg-tooth. He used that to shred the egg in order to make his escape.

He looks like a little shark with that tooth.

I’ll be watching the clutch with even greater interest over the next few days. Who knows what miracles will emerge?

They now have water to swim in. Because that’s what turtles do. But he has some towels so he can haul out of the water if he wants to.

© Heather D. and becomingcliche', 2011-2015. Unauthorized use and/or duplication of this material without express and written permission from this blog’s author and/or owner is strictly prohibited. Excerpts and links may be used, provided that full and clear credit is given to Heather D. and 'becomingcliche' with appropriate and specific direction to the original content.
Loading Comments...
Comment
×